“The beginning is often a poor place to start the story of a duck hunt. The true devotee of the wind-swept autumn waters hunts many other things besides ducks. He hunts the unfolding secrets of the dawn and the message of the wind. He hunts the curling waves and the tossing tops of suppliant trees. He hunts the poignant loneliness of a tender, departing season and the boisterous advent of one more rigorous. All these he hunts and, old or young, he finds them as they were before—primordial, healing, and soothing to mankind in his whirling world of complexities.”

I hunt experiences. I’ve been very honest when asked. I hunt and fish to write and would’ve starved long ago if my life depended on it. I would do everything quite differently if forced to do so for sustenance.

A foolhardy squirrel hunting adventure recently added weight to these words. It involved a church charity contest pitting at least twenty firearm-wielding, small-game hunters with beagles against four idiots and their longbows. It didn’t end well for the idiots. It never has. We’ve yet to make a single harvest in several years of participation. We get up early, we fling arrows into the trees until we get hungry, then head back to the church for coffee and desserts while everyone else is weighing in. It’s been a riot. We wouldn’t change the laughs for all the squirrel cacciatore in the world.

It was during this hunt that my friend Cary, one of the aforementioned idiots, muttered something that really spun my wheels. We’d just whistled several shafts across the tail of a terrified black squirrel, when he muttered something about a gun. “Sometimes I do it for the feeling. Sometimes I do it for the groceries. When I’m doing it for the groceries, look out, it gets ugly.” I understood what he meant. I’d felt the same chasing turkeys on several occasions. There is nothing wrong with ugly. There is a time and place for ugly and there is a time and place for elegant. Both of them get the job done but the tools, processes, and frame of mind vary greatly.

Whichever you strive for depends on your goal — a successful harvest notwithstanding. That part is obvious. No one is fishing with empty lines or hunting with empty bowstrings. MacQuarrie wasn’t pumping an empty 12-gauge. His gun was loaded and ducks were shot, but that was only part of his experience — a small one at that. This was the running theme of his entire catalog of works and why I hold them close to my chest. In fact, I’ll be very sad if the friend from whom I borrowed them realizes they are missing.

I prefer classic outdoor literature to anything written today. The world was slower and it was a more romantic time. The pursuit was paramount — no matter the weapon or animal — and the results were always secondary. Hemingway took plenty of game in Green Hills of Africa but the results pale in comparison to detailed passages like this:

“To go down and up two hands-and-knee climbing ravines and then out into the moonlight and the long, too-steep shoulder of mountain that you climbed one foot up to the other, one foot after the other, one stride at a time, leaning forward against the grade and the altitude, dead tired and gun weary, single file in the moonlight across the slope, on up and to the top where it was easy, the country spread in the moonlight, then up and down and on, through the small hills, tired but now in sight of the fires…”

He didn’t have the storytelling tools we have at our disposal today. He had to invest time and words to set the mood and make the mundane elements interesting. That is where the real art was made. Writers like Hemingway and MacQuarrie excelled at keeping the romance alive when sharing their experiences. They understood that every outdoor adventure had a predictable beginning and end, and focused on the poetry in the middle. Their audience was less distracted, in addition, and had more time to read and appreciate what they were reading. That isn’t the case, today. The world is too noisy.

Storytelling is different now. The audience is different now. People live post-to-post, sharing the bulk of their lives with the masses. Hunters can shoot a deer, post a photo or video, and summarize the story in very few words. Most have nothing to show if there isn’t an animal on the ground or a fish in their hands. The average sportsmen doesn’t want to read a paragraph about returning to camp or watch a fishing video without a monster trout on the line. There is too much content available to appreciate what is being seen. We are over-saturated.

Think about the last time you had a lackluster day afield and thought “well…nothing worth posting about happened this trip”. I have. And I can guarantee many of you have as well.

Chew on that a moment, think about how insane it is, then remember these words:

“It may not have been post-worthy but it was absolutely worthwhile.”

My friend and podcasting partner Steve (Angell) called me to chat awhile back. He told me he wanted to start using the phrase “hunt the experience” for Traditional Outdoors. I loved it. I thought it fit the show and was a fantastic message to send. We started using it the next day and its been our creed ever since. Steve even made a video about it. He’s proud of it and I am proud of him for making it.

Check it out. I think you’ll enjoy it. It says everything it needs to say without saying anything at all.

You can watch the Hunt the Experience video here. If you haven’t, please check out our podcast and consider subscribing. We would love to have you at our campfire. If you are interested in Gordon MacQuarrie, I highly recommend you start here. It is a fantastic read. Follow it up with the Ol’ Duck Hunter trilogy if you enjoy it. It changed my life. Feel free to reach out to me on Facebook if you want to talk outdoor literature and have recommendations. I can’t get enough of it and can give your recommendations, as well.

Every tag has a story. Even those that go unpunched.

Hobbies have always been a large part of my life. The Magic the Gathering card game is one of those hobbies. It is a game I’ve enjoyed with my younger brother for many years. No matter where I am or how stressed out I get, Magic makes it better. One of the benefits of playing Magic is the community. I have a local playgroup and enjoy traveling to regional gatherings. I met a fellow Michigander named Jay at such a gathering. We struck up a conversation and I ended up telling him about my life outdoors – bowhunting in particular.

That must have struck a chord with Jay, who messaged me a few months later, regarding the value of some hunting gear belonging to his late father, Joel. Photos followed and included an old Bear Whitetail compound, green bolt-on Bear quiver, some early carbon arrows, and other odds and ends.

It was an interesting assortment. What it lacked in monetary value, it oozed in character and nostalgia. I was drawn to the odds and ends in particular, which included shooting stalls, a hand drawn map to one of Joel’s hunting spots, and an unpunched Michigan bow tag from 1978.

These were both remnants of a bygone era and the life of a bowhunter rolled into one package. My imagination ran wild with visions of a Michigan autumn and Joel’s pursuit of the elusive whitetail buck. “Where did he hunt?” I wondered. “Was it on public or private land?” “What did his license cost?” “Did he prefer the thrill of a treestand or watching them breathe at eye level?”

I was able to fill some of those gaps by pestering Jay. I already knew the when, he helped me paint the scene with the where, which happened to be his grandfather’s cabin in Kalkaska County. I had recently visited that area on a fly fishing pilgrimage to Grayling and enjoyed the scenery immensely. Meanwhile, the DNR’s 1978 Preliminary Report (courtesy of my friend Jamey Burkhead) added a bit of spice to the mix and my imagination did the rest.

According to the report, Joel paid $7.50 for one of the 63,536 resident licenses in 1978. I would like to think he did so at a local sporting goods store on his way to the cottage. Maybe a mom-and-pop like Jack’s Sport Shop on Cedar Street, where he could get a Coke, the license, and a few sticks of beef jerky to tide him over for the evening hunt.

He probably went to the cottage from there, the crisp Fall air blowing through his cracked driver side window, as he navigated side streets and gravel roads. Odds are he passed a cornfield or two and slowed to check the edges for feeding does – not for the prospect of hunting the property, but for the excitement.

The drive to the cottage would have been a short one, giving him enough time to unpack and send a few arrows into the old burlap target out back. I could imagine him unzipping the leather case and pulling the bow from the red plush interior, making sure the components are tight and in working order. I could envision the determination in his eyes, as he draws it and the smile on his face, as his arrows find their mark. He is ready. Even in 2019, I could see that he is ready. It is time.

He pulls a pack from the truck, zips his tag and jerky into the front pocket, and lays the map out on the hood. He runs his finger along the pen-scribbled lines until he finds the letter “D”. He taps it twice with his finger and looks towards the woods. D marks the spot on the ridge he hunted the year before. D is where he saw his deer. And D is where he is headed. He folds the map, slides it into his back pocket, grabs his bow, and strides off to meet his destiny.

What happens next is anybody’s guess. We know that Joel started with a plan and ended with an unpunched tag, but the middle is uncertain. Did his spot produce? Did he get a shot? Did he miss? There is a part of me that would like to know every detail of his 1978 season, but there is another part of me – a larger part – that would prefer it remain a mystery. I would like to think he had an adventure. One that filled his head with memories and his heart with satisfaction.

Success, after all, depends on the narrative. A tag, punched or unpunched, is just a memento kept to help us remember our story while we are here, and inspire others to make their own when we are gone.

Note: Jay was nice enough to gift me his father’s tag shortly before writing this. I’ll think of Joel whenever I see it and look to it for motivation when I need it the most.

Do you enjoy my writing? Have you bought my book? You should. It is called “Life and Longbows” and I think you’ll like it. Signed copies are available in my store while quantities last. You can get unsigned paperbacks or the Kindle version on Amazon. Whether you buy one or not, I appreciate the support and wish you the best! 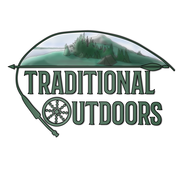